In the days and weeks following Pentecost, armed with the new indwelling of the Spirit, Jesus’ disciples were experiencing God in radical ways. A foreign eunuch is baptized on the side of the road; a zealous persecutor turned Christ-follower becomes the church’s greatest missionary; a Roman centurion known as a God-fearer sits waiting for the gospel and radically changes the nature of the church and its mission; and Peter, the denier, is its leader. People who were believed to be dead to God had received God’s spirit, too, and were given a new life and a new home in the Body of Christ.

Wedged in between the famous, radical stories of Saul-turned-Paul and the Roman centurion named Cornelius is a little known woman named Tabitha (Acts 9:36-43). Tabitha is not known by her prestige or position of influence, wealth or the brand of her shoes. She is not known by the names of her husband or children, by her great accomplishments or the size of her jeans. She is known by her kindness. Those who know her associate her name with the overflow of kindness and compassion that fills her days. She is known as Jesus’ disciple.

Tabitha takes her place in the Acts of the Apostles alongside men who did great and spectacular deeds in the name of God–healing, preaching, baptising. She accompanies men who were given life-changing dreams.

But the most flashy thing Tabitha does is die. She dies and everyone mourns and Peter is called. Peter had become known for his healing ability–God’s ability to heal, rather. Peter walks into a room heavy with grief and sorrow where Tabitha’s lifeless body had been lain. He kneels beside what is left of her and prays. And when the time is right, he speaks to her saying, “Tabitha, arise.” Tabitha opens her eyes. Peter reaches for her hand and helps her up. She is raised to walk in newness of life. Tabitha’s life is restored to her but also to those around her, for she most certainly continued in the kindness and compassion for which she was known.

Many read Tabitha’s story and miss Tabitha altogether. Her story is often told as the story of Peter. He is the one doing the healing, after all. But we know that is not true. God is the healer. Peter was simply the faithful conduit. I think Tabitha is wedged in between the remarkable stories of our church’s early days to remind us that being Jesus’ disciple is not just about preaching or baptising, dreaming dreams, healing, or having breadth of influence. Her story teaches us not to get caught up in the flashy and miss the true work of a disciple: acts of kindness and compassion. Deeds that often go unseen and almost always overlooked, as is Tabitha. It is a call to each of us to be like this woman–ministers and disciples known for our abundance of kindness and compassion.

Whether or not we have the kindness and compassion part down, we have each been Tabitha at one time or another. Each of us has been knocked off our feet, laying lifeless in a room thick with sorrow, unable to open our eyes, and instead we see only darkness. The life we knew has been lost. And each of us have been in desperate need of a Peter, someone to sit beside us in the sorrow, pray fervently, and when the time is right, help us get up. We have all needed someone to take our hand and walk beside us.

This is the role of a minister.

As I call each of us to be Tabitha, known by our acts of kindness, I cannot help but recognize that we are also called to be Peter.

A few months ago, I stood at the bedside of a man known for his deeds of genuine kindness and compassion, a disciple often overlooked and taken for granted much like Tabitha. I knelt beside his motionless body and prayed with all my might. I spoke to him saying, “Open your eyes, Dad.” My father, the most faithful and sincere minister I know, was not dead, but he lied in a comatose state after suffering a tragic accident and sustaining a traumatic brain injury.

In addition to my role as minister-mother, I was also now minister-daughter. Perhaps I always have been, but tragedy has a way of bringing the role of minister to the forefront. (Luckily, I also have a minister-brother with unwavering strength and faith.)

To minister to the one who has always ministered to you, to care for the one who has always taken care of you–this is hard. It requires us to wade through even more emotional baggage and fear. We can never separate ourselves from the context in which we were raised, the people and places that shaped us (the good and the bad) into the women and ministers we are today. Ministering with our contexts behind us is a different thing altogether than returning to our contexts to minister within it. Your role as minister-daughter is coming, and for many of you, it has already come. My hope is that we would be as diligent in the role of minister-daughter as we are in the role of minister-mother. I hope that we will be kind and compassionate, quick to pray, and bold enough to speak truth, hope, and restoration.

My dad did not open his eyes, at least not right away. But he did eventually, and I felt as Peter must have felt on that day long ago beside Tabitha: amazed at the power of God to bring light in the darkness and hope when all seems to lost; honored to witness first-hand God’s healing and restorative work in the world.

I don’t pretend to understand healing or our role in it. But watching God work in my dad’s mind and body on the long road to recovery, sheds new light on the story of Tabitha. To be a disciple is to live by kindness and compassion. And to be a minister is to be quick to pray, first and foremost. To be a minister is also to be a faithful conduit of God’s hope. It is to enter into the places of sorrow and remain there for a while, and when the time is right, we take a hand in ours and help her up. The same power that opened Jesus’ eyes and raised him up, the same power that flowed through Peter and into Tabitha’s lifeless body, is present with us even now. We have the ability to speak life and healing, to be the conduit of restoration, the presenter of hope in the midst of sorrow and grief.

So, blessings to you who are like Tabitha for the sincere kindness and genuine compassion that marks your days makes the world a holier place.

And blessings to you who are like Peter for being quick to pray and a faithful conduit of God’s healing and restorative work, helping us see the world anew. 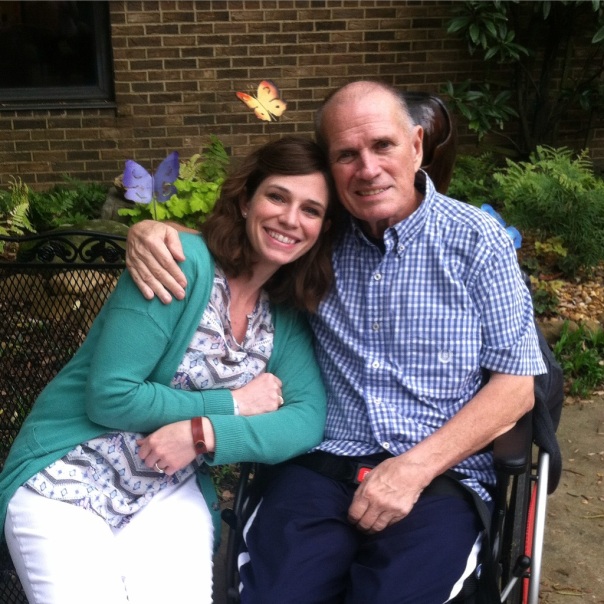 Ashley Mangrum is a minister and mother of two living in Davidson, North Carolina with her husband, Ben. She is especially thankful right now for good conversations with her minister-father, Shelby, who continues to make a miraculous recovery. In her free time, Ashley is an aspiring artist and cupcake connoisseur.